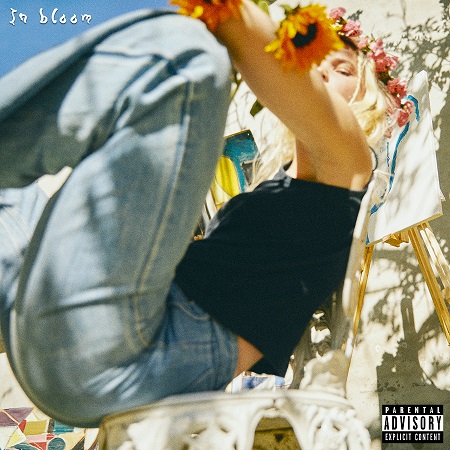 Off Bloom will be releasing their debut album, 'In Bloom', 5th of March, including singles co-produced by Max Martin and co-written by George Reid, also known from the duo Aluna George.

The Danish duo Off Bloom has gained praise from media including NME, The Fader, DIY, Dummy, CLASH, The Independent, DORK, The 405, The Line Of Best Fit, i-D and more. They started of their career back in 2016 releasing their first EP, Love To Hate It, which secured them a direct invite performing on the Danish P3 Gold only one week post release. The band has won the European Boarder Breaker award, theyve been touring with Dua Lipa and ALMA and latest they were invited to LA working with Max Martin.

5th of March the duo consisting of Mette Mortensen (vocals, writer) and Mads Christensen (producer, writer) will finally be releasing their debut album, 'In Bloom'.

"Weve spent most of 2020 in the studio finishing and finetuning our debut album. Writing, producing and mixing almost everything ourselves," The 30-year-old producer and songwriter, Mads explains.

And there is no doubt, that the young producer and songwriting duo has been busy the last couple of years. Using both their time in the studio in Denmark, but also quite some time in LA, which ensured the meeting with CJ Baran along the way. An encounter which later should turn out to be the result of an amazing track and help from Max Martin himself on the single 'What We Do'.

"When listening to our album 'In Bloom', you will be invited directly into our world. Its an album describing a long journey - including both highs and lows on a bumpy road. Some of the tracks came alive years ago, some were created last week. Were extremely proud of the final result, crossing our fingers our existing fans will love it, and hoping to be able to invite new ones into our world," Mette explains.