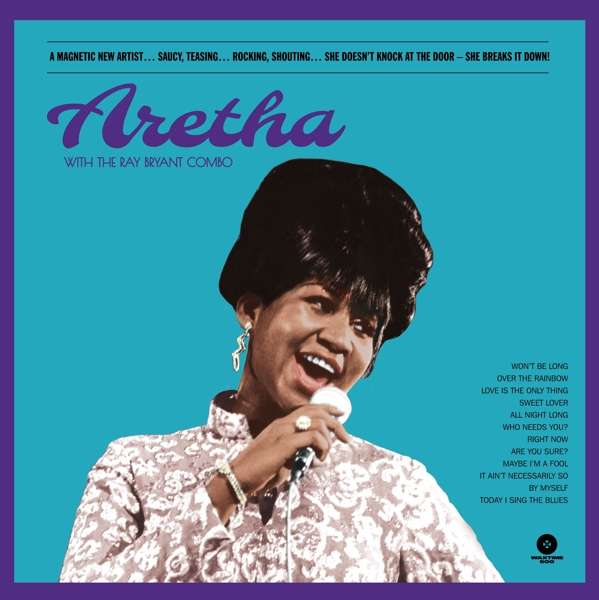 Aretha - With The Ray Bryant Combo

Aretha - With The Ray Bryant Combo

Producer John Hammond followed the formula he once prescribed for his "discovery" Billie Holiday: standards and blues with a jazz rhythm section plus horns and "head charts." Per Hammond, there was "an almost complete absence of arrangements" for the LP. Ironically, there was no Ray Bryant Combo; as Bryant once declared that his "combo" was invented for the album. Featuring a virtual who's who of fabulous musicians from the East Coast jazz scene, including Tyree Glenn, Osie Johnson, Milt Hinton, Al Sears and Ray Bryant himself, among others. Aretha's tracks reveal a sweet, even coy insouciance on songs like "Right Now," and alternatively, a roof-raising belt on "Sweet Lover." In addition to the original album, this limited collector's edition contains 4 bonus tracks from the same period: "I Apologize," It's So Heartbreakin'," "Don't Cry, Baby," and "Rock-A-Bye Your Baby with a Dixie Melody." It serves as the best introduction for anyone wanting to explore "Lady Soul's" first steps. This is the material upon which Aretha's soul kingdom and unique personal style were built.

lead vocals on all tracks

among others. Further personnel information is detailed inside.