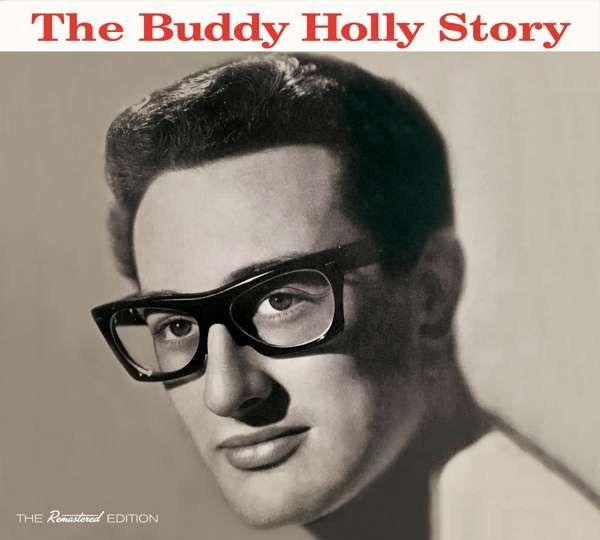 One of rock & roll's finest and most important pioneers, the legendary Buddy Holly (who died tragically in a plane crash at the tender age of 22) left an impression as deep as if he had been in the business for decades. This essential CD includes two of Holly's finest collections of songs: The Buddy Holly Story, Vol. I & II. The two posthumous LPs were issued on the Coral label in 1959 and 1960, respectively. They helped define the exact nature of early rock & roll and include the majority of hits for which Holly is best remembered. The former album became a top twenty hit in the United States and England. It reached #11 on the US Billboard and peaked at #2 on the UK Albums Chart. On the other hand, Holly's second LP to be released posthumously, it was also the first of a series of Buddy Holly albums to feature overdubbing of unfinished tracks, including Holly's last original compositions (acoustic demos recorded by Holly in 1959 that were overdubbed by producer Jack Hansen). In addition, this remastered collector's release also contains 6 bonus tracks. All of these fabulous songs testify to rock & roll immortality and were a major influence on such rock legends as The Beatles, The Rolling Stones, Bruce Springsteen, Lou Reed, and Elvis Costello. Perhaps the most extraordinary aspect of Buddy Holly's work is that although he

died Sixty years ago, his records still sound so fresh.

"In just a few years, Buddy Holly wrote more memorable licks - and recorded more hummable hits - than most rockers get in their entire lives. Here are some rollicking numbers and sweet serenades from the gone-too-soon boy wonder."-- Rolling Stone magazine

The Roses (backing vocals), among others. Further personnel information is